Day 1 sarted with rain. Not the best way to start a motorcycle trip, but as some said to me - I'm Hardcore! Tha rain lasted until almost Valleyview before finally stopped. It stayed cloudy until past Peace River, then cleared up as I made it to High River at just after 9pm. I left home about 10, and with all the stops to warm up, it was a long day.

I only saw 3 other bikes on the road the entire day. Maybe I am crazy after all.

The campground was small and crowded, but I found a spot and had a fitful sleep. Hope I am not too tired today...

That's it for now...more later.

Posted by Unknown at 9:00 AM No comments:

There are a bunch of stories floating around right now about employers asking people for their Facebook login information.  Regardless what their claims are for wanting this, here are some reasons why *I* think it is a bad idea:

Please do us all a favor and refuse to provide this information.  I know I did not agree to let your employer look at my vacation photos...

So I came across an interesting contest from Harley Davidson and Marvel today.


THE BATTLE FOR FREEDOM NEEDS YOU

Ride into an Avengers mission. Harley-Davidson has joined forces with Marvel once again for another epic mission. And this time, these two legendary powers are looking to put you in the middle of the action. You could be drawn in to an upcoming Avengers digital comic and win a new custom H-D motorcycle.


Basically, you create a character, give him a back story, and the best one gets drawn into an upcoming Avengers Digital comic, and you win a new H-D motorcycle!

I figured - what the hell - so I did up a character and gave him a story.  Now, the back story portion was limited to 1000 characters, so it was not as detailed as I would have liked, but as I had fun with it, I thought I would share it here with all of you.

My Hero's name is Dark Octane, and here is his story:


Out for an evening ride with his wife, our hero was hit and crushed by a Hijacked truck carrying nuclear waste bound for disposal.  Our hero's wife is killed instantly when a spent nuclear rod crushes her.  As our hero tries to lift the nuclear rod off his wife, his DNA is changed forever.
After 3 weeks in hospital, our hero vows to exact revenge on the crooks who killed his wife.  While hunting them down he begins to notice the emergence of strange abilities.  He can see in the dark, has uncanny hearing and has the strength  and speed of 5 men.
When he finally tracks the criminals down he is faced with the ultimate decision - to exact his own brand of justice or let the authorities handle it.  His one defining character trait is this one wrong decision he makes.  Wandering lost for the next few months he stumbles upon a group of heroes fighting crime who convince him that his life does have meaning and convince him to join them.  His name?  Dark Octane.

While I am no author, I had fun trying to come up with something that could translate into an Avengers style comic...did I succeed?  Who knows.  Did I have fun?  You betcha!

If you think you can do better, by all means, please enter the contest and share your story here.

In related news...I actually find myself wanting a Harley now...specifically this one: 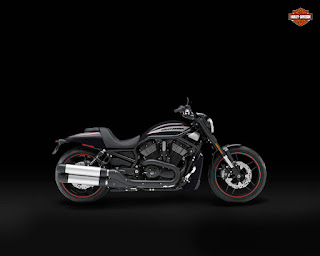 That's one HOT looking bike...of course me getting one depends entirely on winning the lotto, but hey...I can dream right?  LOL

Posted by Unknown at 2:50 PM No comments: